I know. It’s been a while. A lot has happened since mid-July. I may or not get you all caught up in another post. This post, is a recap of the Celebration Run San Diego.

A couple of weeks ago, someone from one of my vegan FB groups was giving away her race bib for the Celebration Run (on November 1st) because she was going to be out of town. I jumped on the opportunity (after getting the green light from my wife, of course). I really needed this run because of how disappointed I was in my performance at the Long Beach Half (that’s a whole other race recap I need to write). The bib was for the half-marathon option and I was looking for redemption.

The race was on the same day as the SoCal VegFest in Costa Mesa. During the days approaching the race, I was going back and forth trying to decide if I wanted to do the half-marathon or run the 10k. Part of the reason is I wanted to make my way up to SoCal VegFest on time. Another reason I was considering running the 10k is that my confidence was shot. Running/walking at 2:20 at the Long Beach Half shook me and I wasn’t sure I was prepared to run a half with what I would consider a decent finish for me this time…

On Sunday morning, I arrived in San Diego at about 6am. Thankfully, the time change granted me an extra hour of sleep. 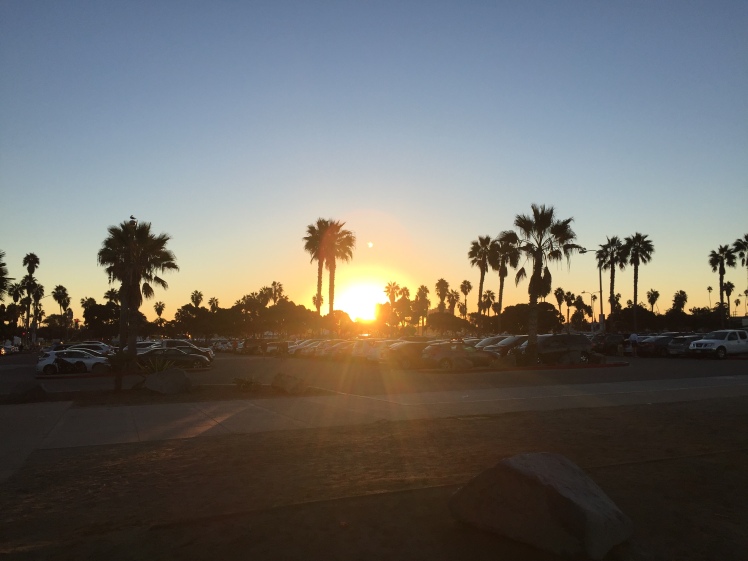 By the way, November 1st was World Vegan Day, so I represented by wearing my No Meat Athlete race singlet. 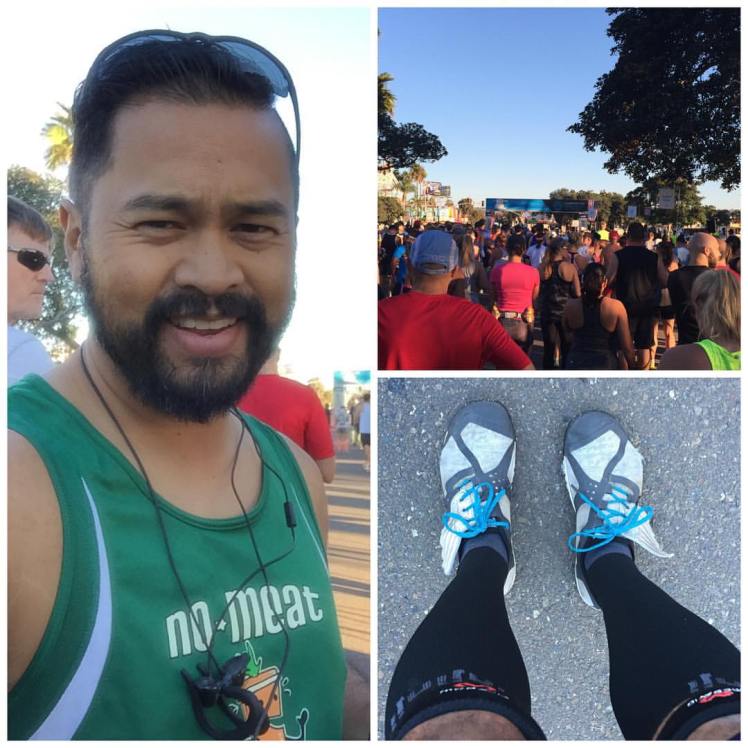 The morning before the race, I was telling myself that I would be running the 10k. I figured that I had enough in me to try to for a 10k PR. I even posted on social media that I was just going to run the 10k so I could be back to OC for SoCal VegFest.

It was a beautiful course! You wouldn’t expect anything less from San Diego, right? 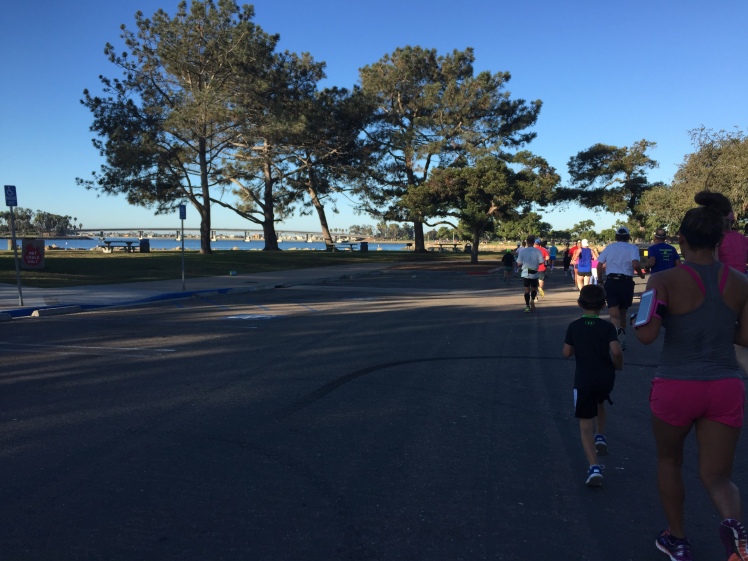 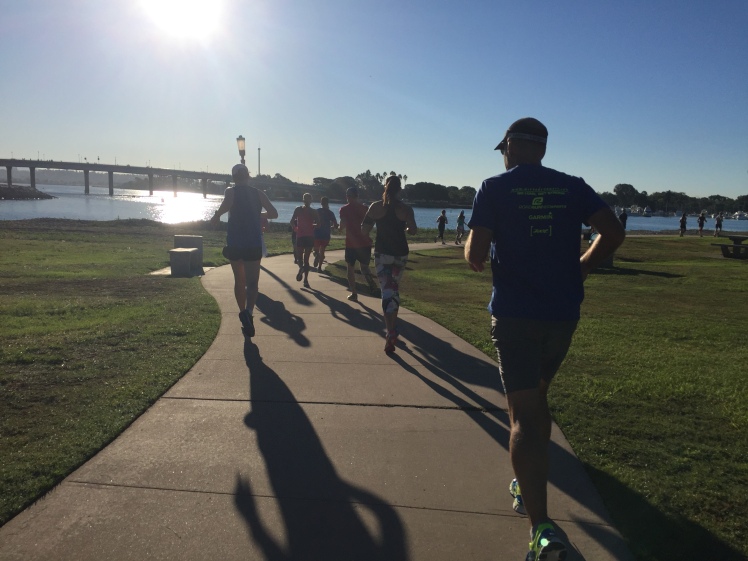 I was actually feeling pretty good! Near the end of the 3rd mile, I was approaching the 10k/half-marathon split. A few yards before I reached the split, I decided to go ahead and run the half-marathon. I figured I was wearing the half-marathon bib, I might as well run the distance.

At mile 9, I was still on pace to PR… Unfortunately, I started to run out of steam. Even with the gel at mile 8, I was spent. Maybe the heat was a factor. My pace slowed down significantly. I even took a couple of short walk breaks during the last 5k. As the first of the 2:00 pacers passed me, I started to panic a little. I pushed harder and tried to keep up with the second 2:00 pacer. I fell a little bit behind him but I finished the race at 2:00.06 (chip time).

I fell a little short of my PR, but in the end I am happy with my finish. This was a much needed confidence boost after the disappointment at Long Beach. 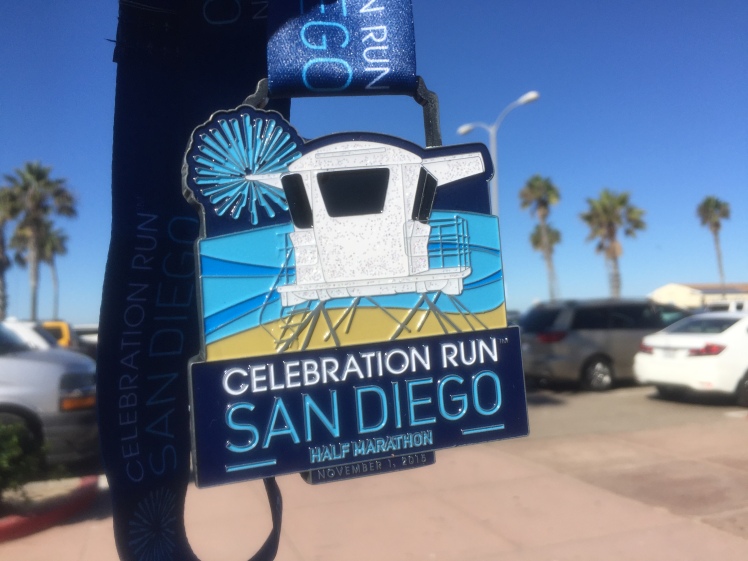