One more set of legs to go!

I’ll be honest. It was rough sleeping in the Suburban. I maybe got 1.5 hours of sleep. I feel bad for the three others who were sleeping in the vehicle because they had to deal with my snoring… Or as Danie put it, “I think there was a baby bear in the van.” Oops! Sorry!

We were up around 12:30 am in anticipation of Runner #12 to make it to the exchange. Van 2 rolled in and we chatted with them for a bit. It was cold out so we helped ourselves to the coffee and hot chocolate.

At about 1:30 am, Ward and Hoopster made their exchange and Hoopster was off on his final leg. The rest of us jumped into the Suburban and made our way to the next exchange.

We found our way there in the dark. It was cold. We were delirious! I barely remember dancing at 1:45 am. I wouldn’t believe it if there wasn’t video evidence. Haha!

Everyone ran their legs and it was my turn to run my final leg at dawn. Needless to say, I was excited but almost sad that this experience was coming to an end.

Just 4.3 miles to go. I had one huge hill to climb on Torrey Pines then it was pretty flat all the way to the La Jolla Glider Port. I felt good the whole way. I had 7 kills along the way. An unexpected bonus was bumping into Smitha, of “Running with SD Mom,” after she finished her volunteer shift! 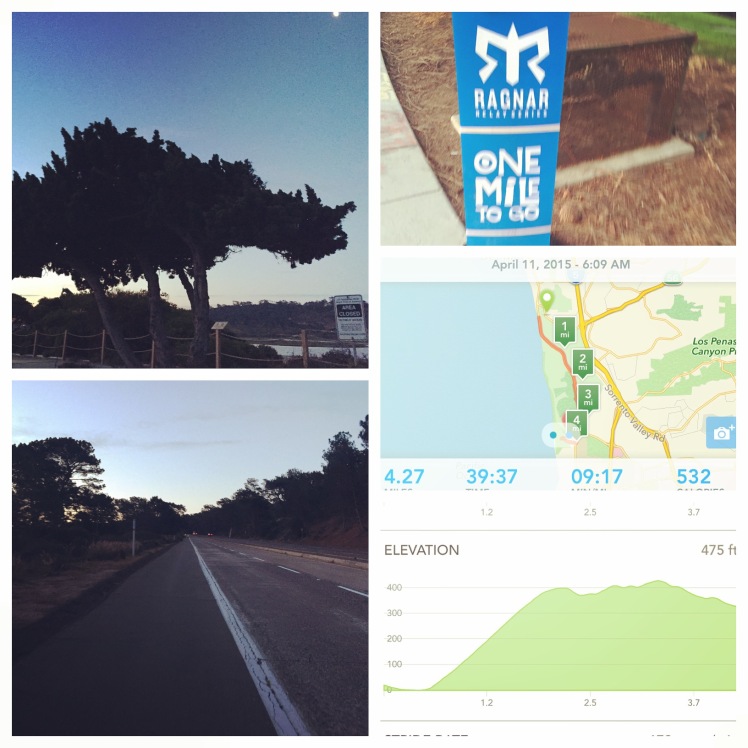 And just like that, the Van 1 crew was done!

I was tired. The crew was hungry. So we jumped in the Suburban right after this photo was taken… I didn’t even have time to stretch!

We decided to get breakfast at the Broken Yolk Cafe in Pacific Beach. As I was stepping out of the Suburban, my legs failed me and I fell out of the vehicle. The Danielles had to help me get up and cross the street. It’s too bad we didn’t have a photo of this pitiful, but hilarious, sight! *Don’t forget to stretch, kids!*

After breakfast, we made our way down to Crown Point Park in Mission Bay to wait for Van 2 to arrive so we could run through the finish as a team. Once again, we got to spend a few hours laying out in beautiful SoCal. 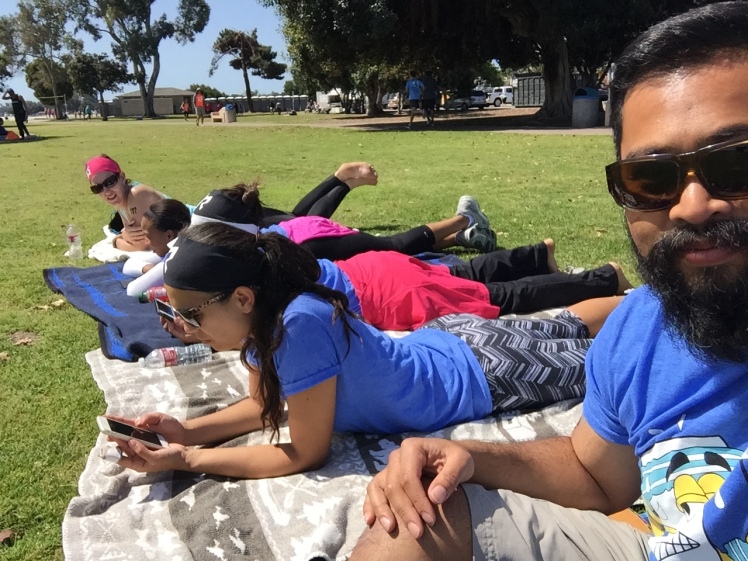 We anticipated Ward, Runner #12, to arrive around 11:30 am. So the crews from both vans made our way to the finishing area. 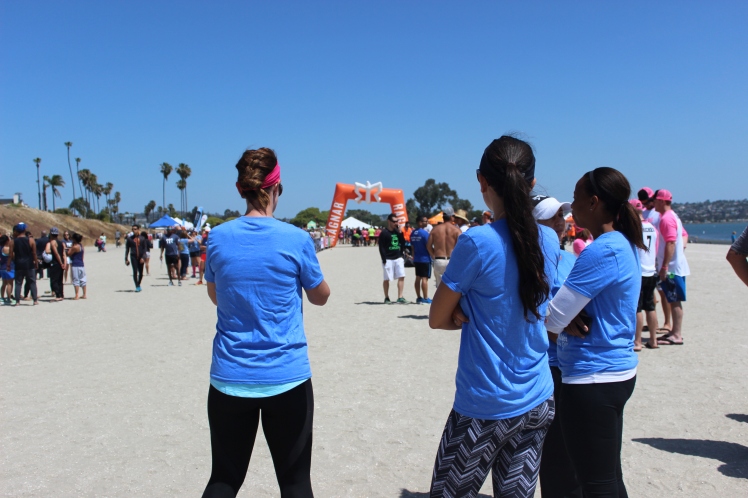 Running Ragnar– 200ish miles, with 11 friends, in 2 vans, with hardly any sleep– was one of the hardest but rewarding things I’ve ever done.

I’ll be the first to admit that I’ve been bit by the Ragnar Bug. I’m hoping things work out to where I can run Ragnar Napa Valley in the fall.

Have you ever run a Ragnar or a similar relay race?

What is the most challenging race you’ve ever run?